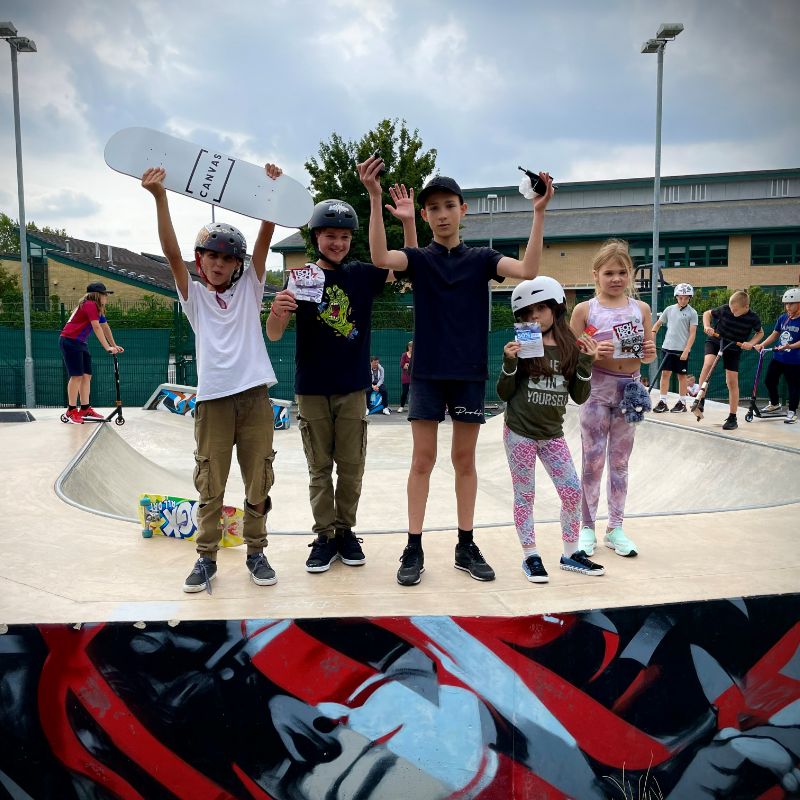 Saturday 3rd September 2022 saw a fantastic action-packed skate jam held at Haydon Wick’s skate park on the anniversary of its first birthday. This event was the first of its kind since the skate park opened last September.

The Community Development Team hosted the event in conjunction with the team from ATB Skate Shop. ATB provided the soundtrack and PA, snacks, and drinks, along with competitions including scooter limbo, best trick, and musical statues. Among the prizes handed out on the day, were a skateboard deck, scooter wheels and grips, tech decks and scooter stunt pegs.

The popular event was attended by over 40 children and young people, and their parents. Feedback on the day and since, have been very positive and the young people want to see this happen again.

Councillor Rebecca Ross, Chair of the Community Development Committee at Haydon Wick Parish Council had this to say about the event:

“It’s great to see local young people enjoying the skate park and participating in such an enjoyable event. Skating and scooter riding helps young people keep active, build confidence, and stay active. The Parish Council hopes to hold an annual event like this every year to celebrate the skate park’s birthday.” 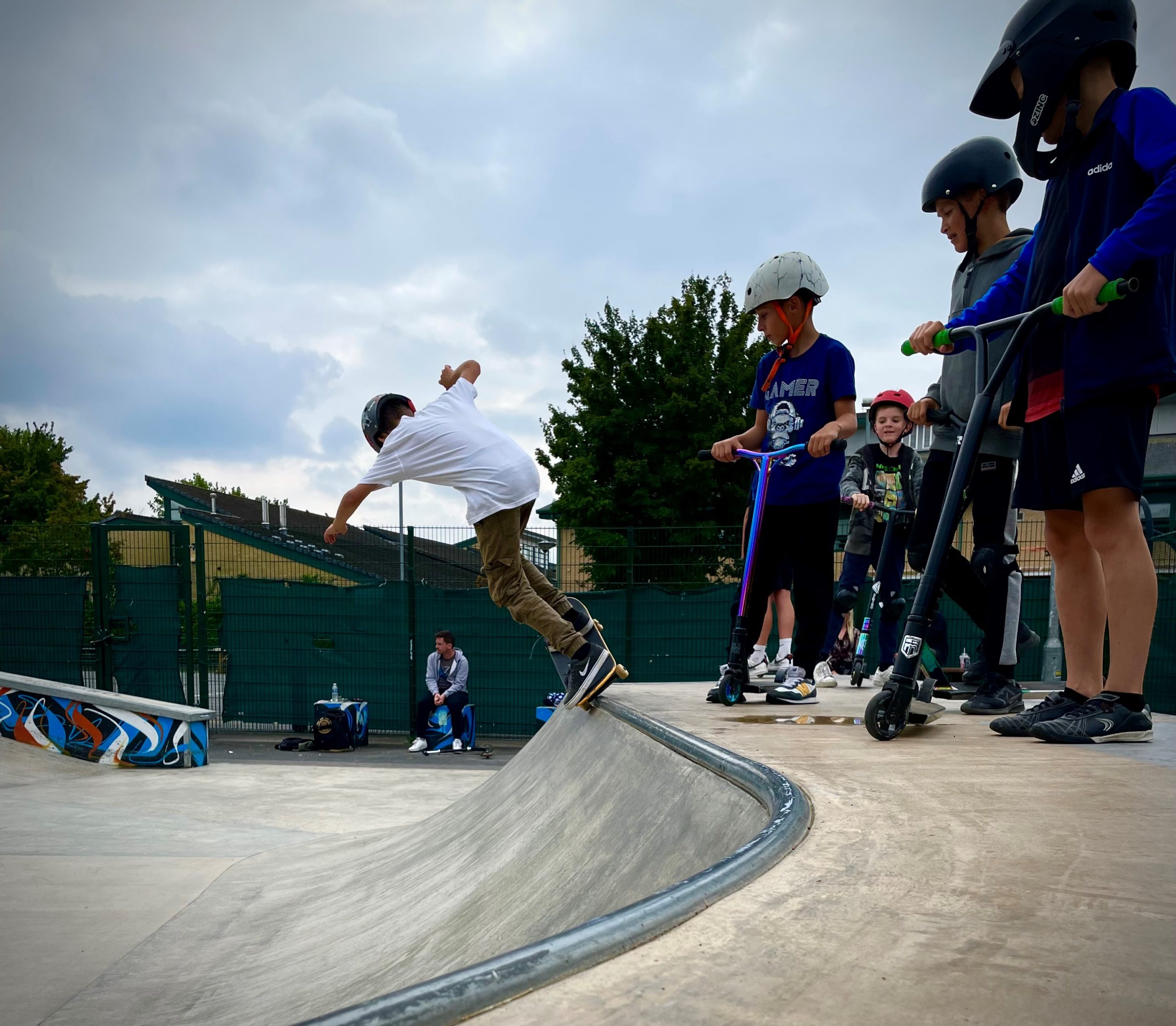 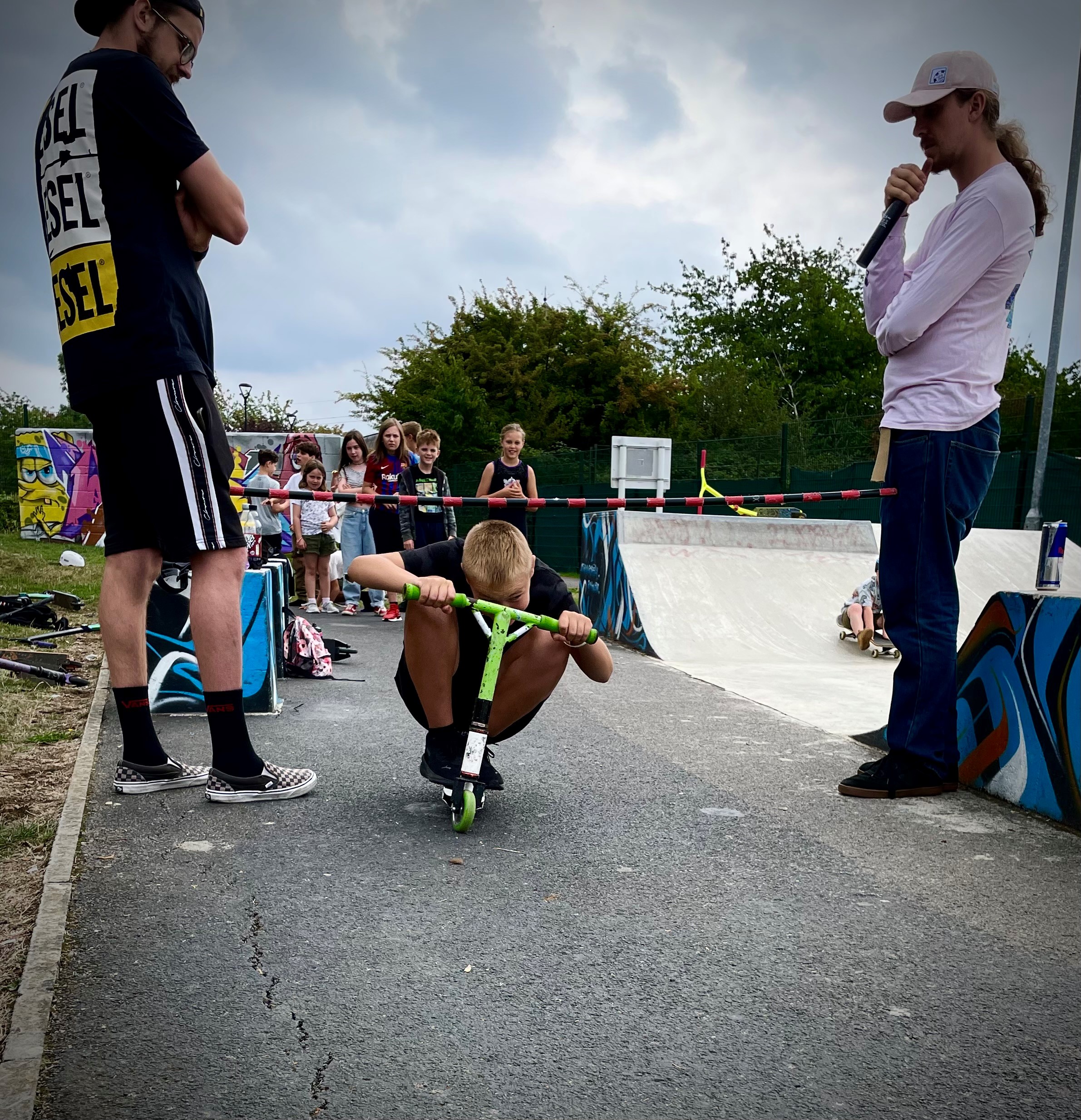 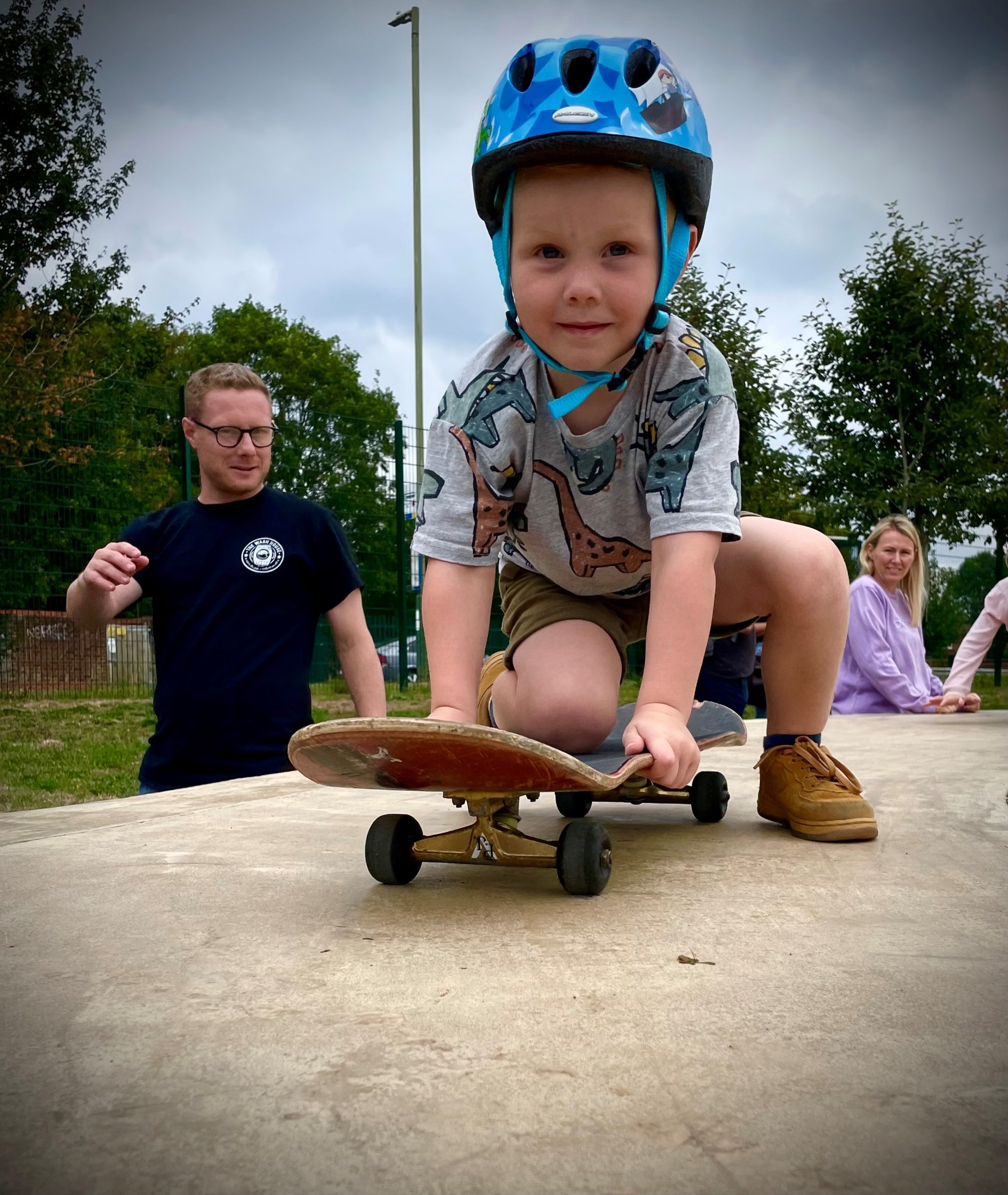 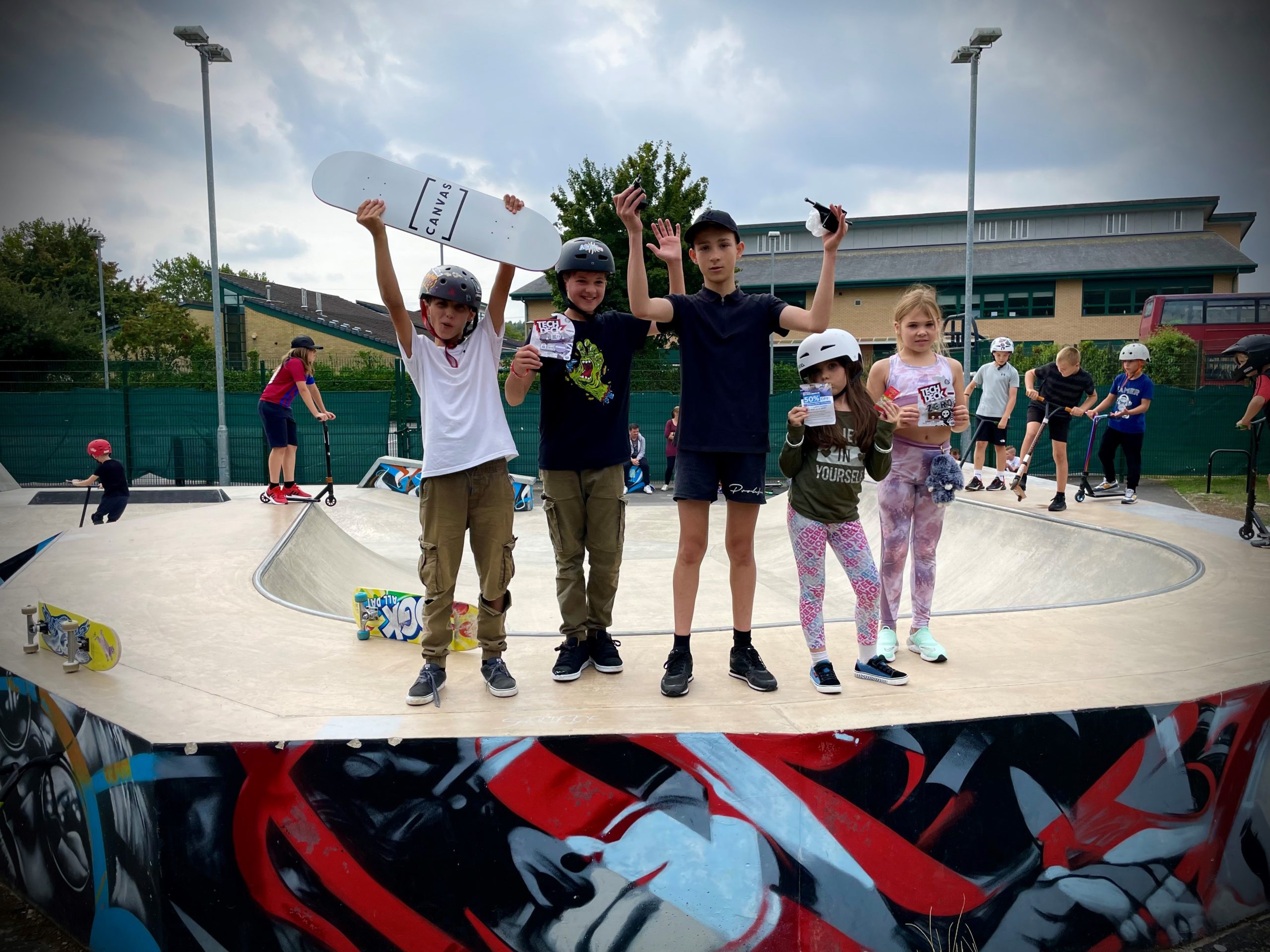 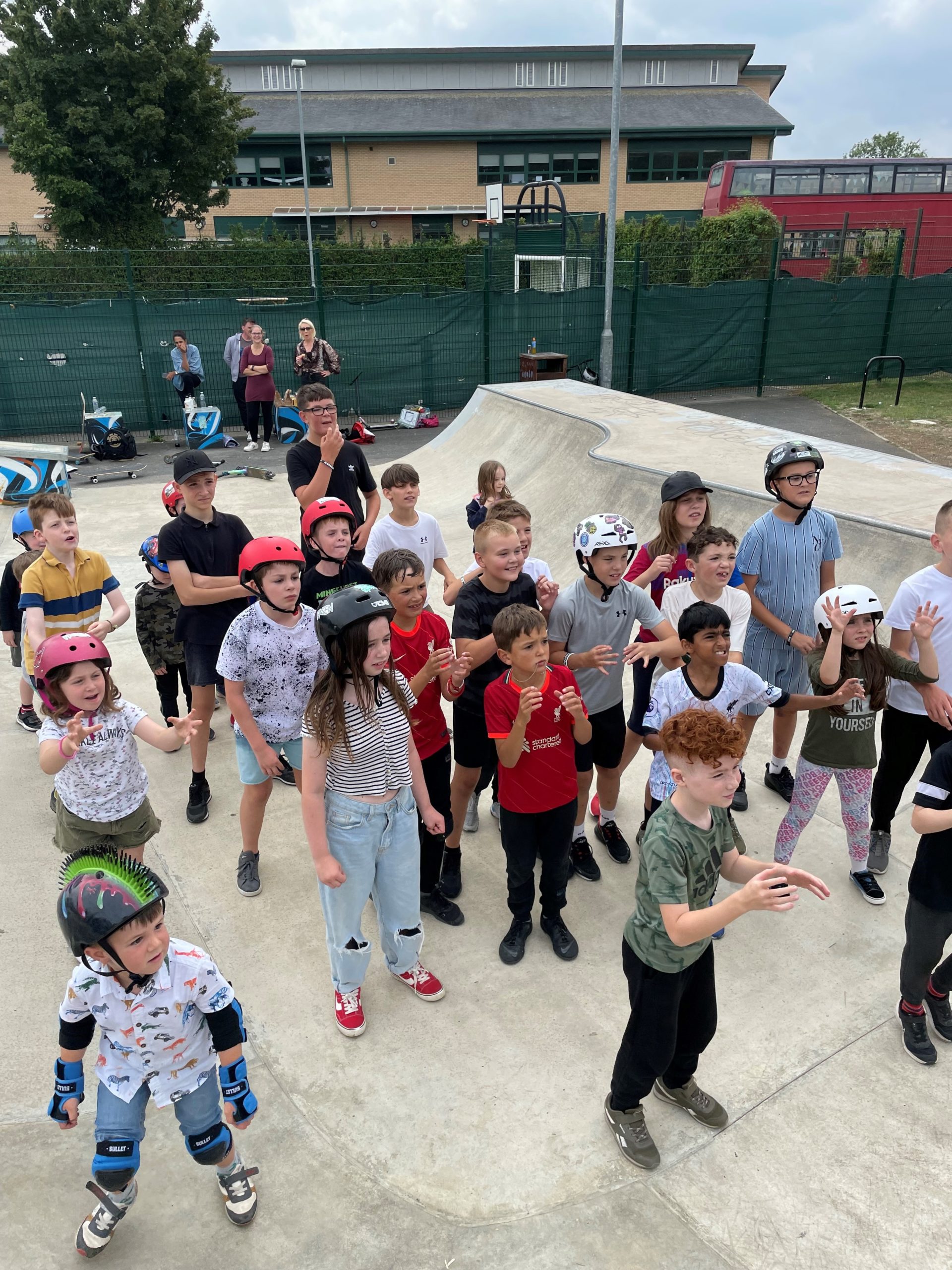 You might also like
One of the following
A summer of skills development, building friendships and confidence delivered by Draycott Sports Camp in partnership with Haydon Wick Parish Council
New livery for grounds maintenance vehicles at Haydon Wick
Parish Council offers award-winning mobile interactive table/floor for external hire