Haydon Wick Parish Council have pledged to make a generous donation of £2,500.00 to the Disasters Emergency Committee’s Ukraine appeal and have praised the DEC’s “incredible” total which has topped £260 million (at time of writing), and £2,500.00 to The British Red Cross (Ukraine Crisis Appeal).

During the Full Council meeting in March, Haydon Wick Parish Councillors considered and discussed the benefits of donating money to local charities rather than sending supplies, as it is widely reported that the charities on the ground know first-hand what the people of Ukraine need and where to source it.  It was considered that a monetary donation will also be of benefit due to the increased costs in fuel and food. Chairman Vinay Manro said that

‘I want to state that Haydon Wick Council condemns the unprovoked Russian invasion of Ukraine and stands in solidarity with the people of Ukraine and their families and friends, including those local to Swindon’.

In addition to the generous donation, Councillors have approved the use of the Council Office meeting room facilities to host a café style drop-in facility for newly arrived Ukrainian nationals. Councillor Ellen Baker Lee said that

‘Haydon Wick will be welcoming Ukrainian citizens in the coming months. Having been through much trauma, it occurred the Parish Council that they may be feeling quite isolated and homesick. We are currently developing a Ukrainian Café facility to assist with this.  The café will enable people to meet and socialise in a safe environment. The idea is that we would run it in much the same way as our successful Memory Cafe. This idea is currently under discussion, and we will keep our residents posted’. 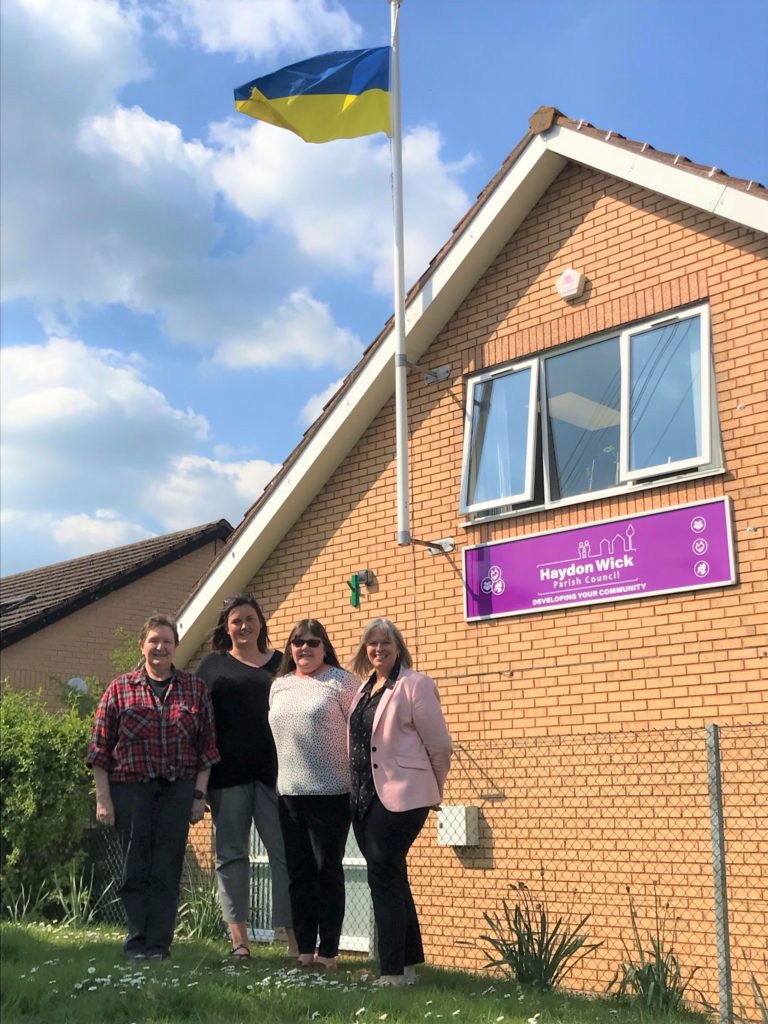