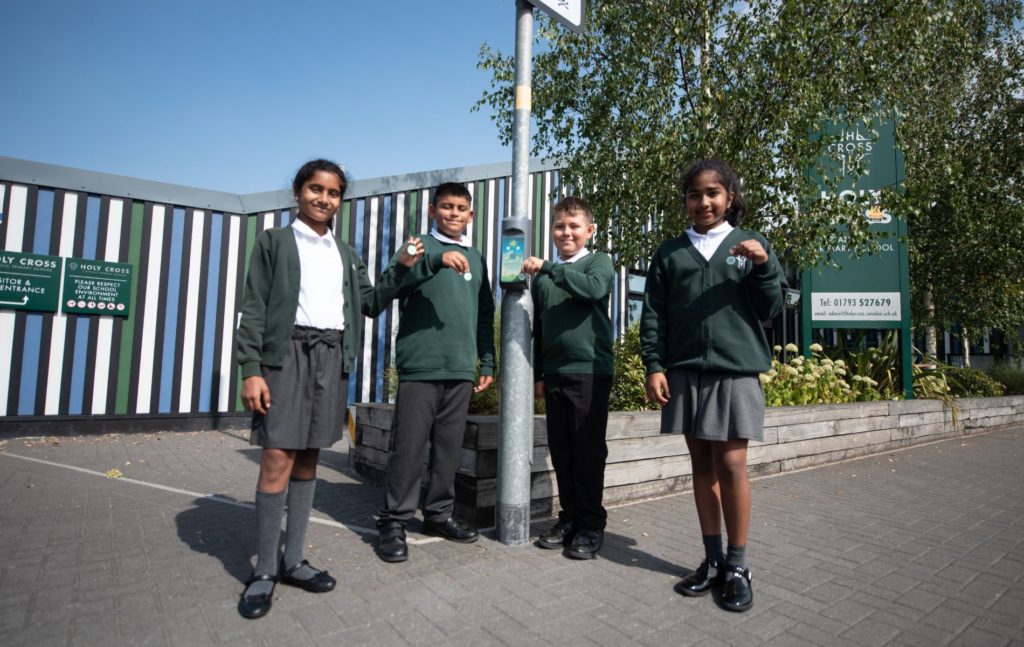 AN INVITATION TO GO PLAY BEAT THE STREET SWINDON

The Beat the Street Swindon game has launched with nearly 13,000 participants signing up on its first day and together walking, cycling, and rolling their way to almost 13,000 miles.

Beat the Street is a free, interactive game that encourages people of all ages to move more and to get active; it started on Wednesday, 15th September to Wednesday, 27th October.

As well as helping people to become healthier, it also improves air quality, congestion and pollution, and connects people to their communities and green spaces.

Beeping and flashing sensors called Beat Boxes have been placed on lampposts around the town for the duration of the game to help participants explore the local area and all it has to offer and to develop the habit of regular activity.

Primary school pupils have been given fobs while parents and teachers get a card from the school so they can accompany children, or take part on their own. The wider community can pick up a contactless card from one of the distribution points which are listed on the website at www.beatthestreet.me/swindon

Players then walk, cycle or roll between the Beat Boxes which are spaced about half a mile apart – hovering their fobs or cards over the Beat Boxes to score points. The further players travel, the more points they score for their community or school team. The first Beat Box you hover your card over marks the start of your journey.  Walk, cycle, roll, run or scoot to the next one and score 10 points.

There are leaderboards for schools, community teams and charity teams Jessie May and the Harbour Project, plus each leaderboard is divided into total and average points to ensure that smaller teams are in with an equal chance of winning.

The first week of the game is themed ‘Go Play’ for players to get to grips with the rules and subsequent weeks have a different focus, from Go Explore to Go Wild and Go Travel.

Beat the Street is brought to you by Swindon Borough Council working in partnership with Wiltshire and Swindon Sport (WASP), and Swindon Healthy Schools. It is delivered by Intelligent Health.

Councillor Brian Ford, Swindon Borough Council’s Cabinet Member for Adults and Health, said: “Beat the Street provides an incredible opportunity to support children and their families to become active as a habit, through a fun and friendly competition.

“Beat the Street also supports our Be the Change campaign which aims to encourage every Swindon resident to take small steps to reduce their impact on the environment.” 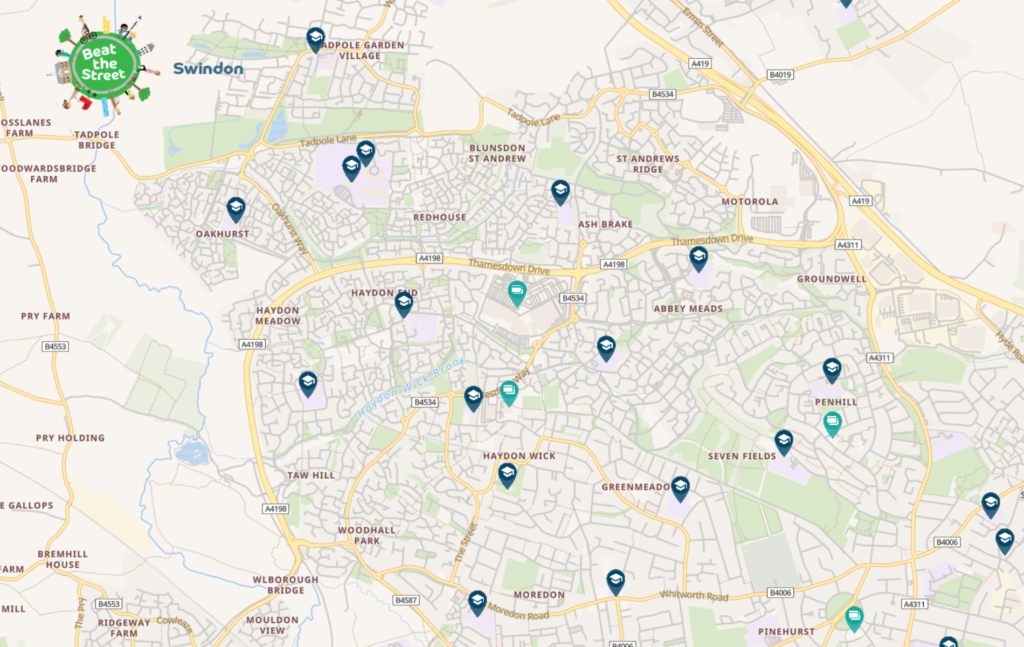